The Boys from Norway

Its been a while since I've been able to get onto the laptop. The thing at the back of the boat that's supposed to make electricity as we go along, hasn't been. Every few minutes this thing goes 'bleep, bleep, bleep, and puts a red light on which, apparently, means that it's got too hot, and has given up for a while.
Dads had it in pieces for days now; he said it shouldn't be getting that hot, even in this weather, because its got a fan in it.
Well, I've got fans all over the world, and I'm still feeling the heat!! so I don't think that being popular is a reason for it to bleep all the time, or maybe I'm missing the point somewhere.

So, there we were, sitting in the shade of another pub next to the canal; Dad was replacing his lost body fluids with something called I.P.A., which Mum says is short for 'I'm Plastered Again', and we were next to a table with three guys who were talking a strange language, not Brummie or London, but something much more wierd.
Anyway, they saw me and said, in normal languge, 'Hey, you must be Beau, from the boat'.....'we saw you when we went past'. So they got talking to Mum and Dad about boat stuff, like where does all the washing-up water go, (as if Dad would know), and it turned out that they were from a place called Norway, and are taught to speak this strange language from an early age, and only use English when they need to speak in pubs.
Dad was really pleased, because they had spent a lot of money to borrow the boat, and they were doing exactly what he does........they were going up the canals, from pub to pub, and enjoying every minute of it.
Mum said that talking to them was like playing SNAP with pub names. Every time they mentioned a pub, Dad said 'Been there, got the Beer Mat', which I think is something you wipe your feet on when you go in.

They were really nice to talk to, and they took down my Blogsite address, so doubtless, they will be sending more pub names to add to Dad's SNAP list.

It's hot outside, so be like me and stay cool 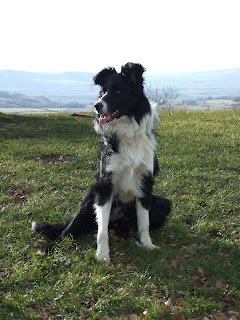