Dad says that the whole country is suffering from something called 'Murray Mania', and I'm not sure that its a good thing.
For a start, we were parked next to a boat that had a really loud telly, and, as you do, you can't help but look to see what it is they're watching.
So there's this man, I guess that he must have been the Murray, dressed in white and he's got one of my green 'chasing' balls in his hand, and he's teasing the man at the other end of the grass, because he's just bouncing the ball on the ground and not hitting it with his bat. (If that was me, I'd bite his hand and take it off him, but that's something that Dad and I are working on apparently).
Anyway, eventually he gives up teasing the other man and hits the ball as hard as he can; so hard in fact that the other man can't get to it. Well the crowd didn't like it either, because they all shouted at him, and so did another man who was sat on a step-ladder, who seemed to be calling everybody 'love'.
The shouting of the crowd didn't seem to be upsetting the man who was teasing, because he just smiled and did it all over again.
A couple of times, the man at the other end did manage to hit the ball back, and just to let this Murray guy know that he wasn't happy about his teasing, he hit it to the other corner of the grass, just to make him run around a bit, and that seemed to take the smile off his face for a while.
Eventually, the man got a bit fed up of being teased by Murray all of the time, so he took his bat, sat down on a chair and had a drink of squash.
I'd got a bit bored by now, and all this teasing was going on a bit too long to grasp my short attention span, so I guess I must have dropped off for a while, anyway, a load of noise on the telly must have woken me up because I just caught the man on the stepladder shouting 'Gamesetten Match', (which sounded a bit foreign), Murray threw his bat away and flopped on the ground in temper, then loads of people all ran onto the grass, I guess it was to tell him that they weren't impressed by his theatricals, then I went in because I thought I heard the sound of cooked chicken being sliced..............................
As one who chases green balls for a living, I think that this type of behaviour shouldn't be shown on TV, and in any event, Murray could have had much more fun if he'd hit the ball niceley to the other man, who could have hit it back to him, and so they could have had a nice time without all of the teasing, shouting, tantrums, and men on stepladders talking in German.....
If that's what you call 'Murray Mania', you can keep it.....Thankfully, it's only once a year. 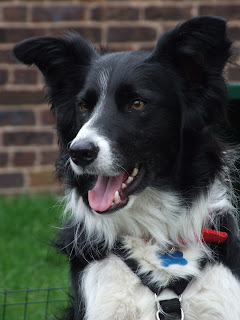