Dad says that we've arrived in the 'smoke', but to my eyes, the visibility is better than it's been for days, what with all the lumpy rain and stuff that's been coming down.

I'm not sure that I'm going to like it here........there's loads of people walking past, but nobody seems to speak English, which means that they won't be able to read my blogsite. The only bit of grass I've seen today had a load of big black pigs on it, and turned out to be a zoo. As Dad couldn't park the boat there, I wasn't able to introduce myself even if I'd wanted to.

Speaking of grass, when Mum took me out for a walk this morning before we left, she found a little plastic packet with stuff in it which she said was grass.
Dad said that if anyone knew what was grass or not, it would be Mum, and that if she was sure, she should hide it under the mattress until he could get some papers.
Why he needed to read the news before he opened the packet is beyond me......Mum said that she just wanted to look at it with her microscope thingy.
Sometimes I think that they aren't tuned into the same channel..............

Must go now 'cos Dads going to take me out to see if the streets are paved with more than chip wrappers and empty beer cans. 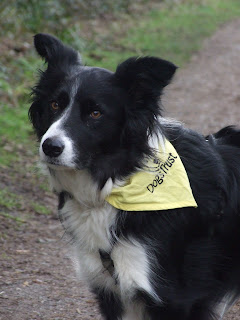