Dads parked the boat near to some grassland that looks like it might be suitable for a game of football, though getting him off the boat might be a bit difficult as there isn't a pub nearby, and tempting him with a doggy treat doesn't seem to work as well on him as it does on me.............

I've been watching the goings-on, taking place on the nice smooth bit of grass on the other side of the water, for some time now, and although we are supposed to be in the 21st Century, this place still seems to be carrying on some form of ancient punishment.

Just after lunch, loads of men, all dressed in white, came out of a wooden shed on the edge of the grass, and made a circle in the middle. Shortly after, another man came out and had to stand in front of some sticks that were stuck in the ground. He didn't seem to be very happy, because he kept on looking around at all the others that were in the circle. I guess he'd done something really bad, because a big tall chap ran towards the circle and threw a ball as hard as he could at the man by the sticks who only had a small piece of wood to protect himself with.
He managed to dodge a couple of the throws, but eventually one hit him really hard on the leg and everybody cheered, then they stopped cheering because one of the men, who was wearing three jumpers and a coat because he was cold, said that the ball hadn't hit him hard enough and he would have to stay.

One of the balls that was thrown at him hit his bit of wood and he tried to make a dash for the wooden hut, but the men in the circle came in closer and threw the ball at him to make him stop. Then the inevitable happened; one ball hit his leg really hard and broke the sticks. Everybody cheered and didn't seem sorry that the man had been hurt and could hardly walk back to the shed.
I guess it was because they were looking forward to throwing balls at the next victim who was just coming into the circle with his bit of wood.

I expect thay all thought that they were really hard men, throwing balls for two hours, at defenceless individuals who weren't allowed to move. Anyway, they weren't that tough, because as soon as it started to spit with rain, they all ran indoors and didn't come out again. A pity really, because I would have like to see how they liked it if they were the ones who had to stand by the sticks.

They say that football is a rough game,...... but this type of ancient punishment just isn't cricket!

The sooner we get away from here the better, I reckon....... 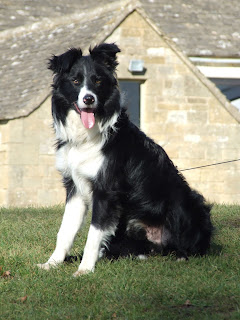